Max Berger has been quoted in editorials and featured on the op-ed pages of Canada’s major newspapers. 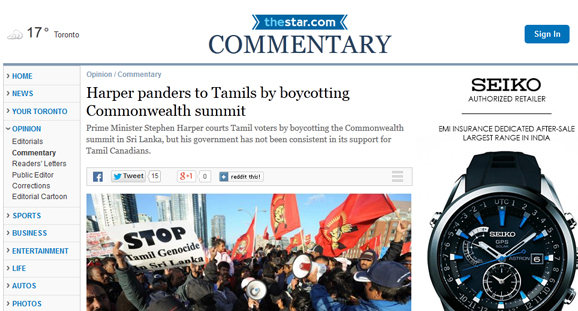 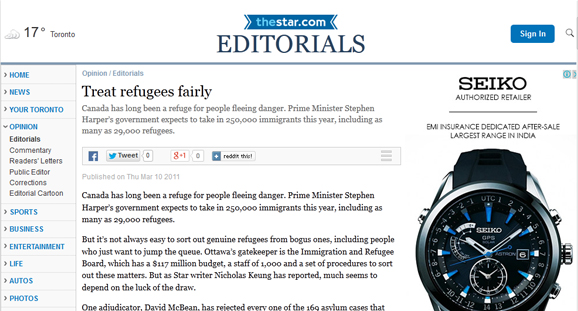 Visa restriction: Is there an alternative? 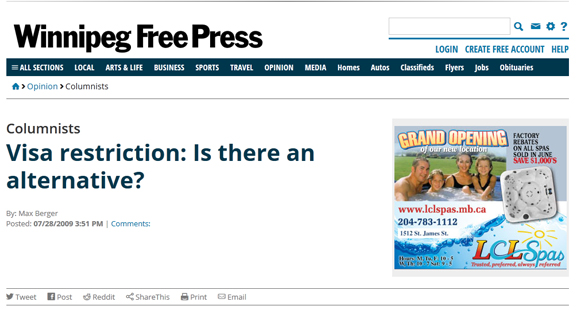 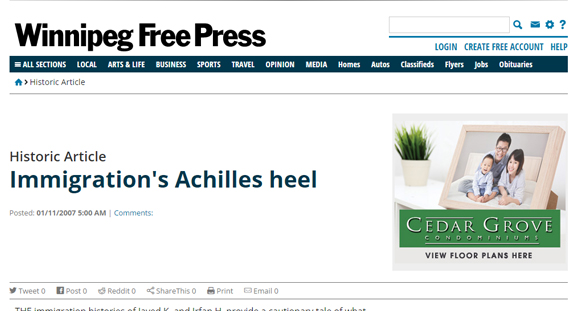 From Refugee to Welfare

Warning: rtrim(): Invalid '..'-range, no character to the left of '..' in /home/maxberger/public_html/wp-content/themes/maxberger/page-editorials.php on line 177

Warning: rtrim(): Invalid '..'-range, no character to the right of '..' in /home/maxberger/public_html/wp-content/themes/maxberger/page-editorials.php on line 177

DURING THE election campaign, an area that was tread upon as gingerly as a freshly frozen lake by leaders of all political parties was that of immigration policy.

Yet if Canadians were to stop and inspect the domain of immigration department policymakers and bureaucrats, a few questions might be raised as to how wisely the taxpayers’ dollars are being spent.

Let’s take refugees, for example. The vast majority of refugee claimants to Canada are young men and women in their 20s and late teens. When they arrive on our shores they have two immediate goals – first, to narrate their personal histories of persecution to the appropriate authorities in order to be determined Convention Refugees and then given Permanent Resident (landed immigrant) status, and second to find a job through which they can support themselves and their families.

As far as the second goal is concerned, refugees soon find that Canada Immigration has...